'Should we bleed forever to death?' 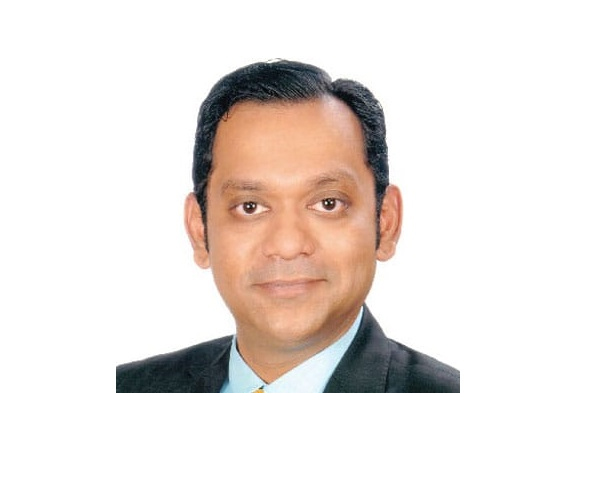 An excerpt from interview of M Muntasir Alam, Chief Commercial Officer, Beximco LPG, on the recent issues of the LPG Industry, in particular, BERC’s management of pricing policy As a responsible and conscious business organization, Beximco LPG is well aware of the purchasing power parity of the people of Bangladesh and understand it well that if the price of LPG for domestic use crosses a certain level, it crosses the purchasing power parity.

International price of LPG, historically, has been highly volatile and has been on the higher side in recent times due to the ongoing energy crisis. Even when the Saudi Aramco contract price for a ton LPG soared to $700 from $500 and later peaked at $900 to correct again, the private sector LPG companies managed the crisis and continued supplying cooking gas to customers' kitchens.

What the industry is unable to withstand is the method being applied by its regulator, Bangladesh Energy Regulatory Commission (BERC), in fixing the price of retail LPG, M Muntasir Alam, chief commercial Officer of Beximco LPG said in a recent interview with The Business Standard. He said the regulator's stance has suffocated most of the LPG firms, especially the new and growing ones.

When asked on the role of BERC, Alam mentioned that BERC is mandated to examine the cost components of the value chain and fix the maximum retail price (MRP) for LPG in line with the costs. However, from the very beginning BERC has adopted a flawed method of formulating the price.

It is considering only the LPG Contract Price (CP) as a variable cost for the industry and all other cost components are being treated as fixed costs. For example, the price fixing formula of BERC includes a cost component of C&F charge, port charge, bank charge and some others which are a percentage of the consignment value.

As the consignment value is higher now, the costs have also soared proportionately.

However, the BERC still holds Tk6 as the absolute value of allowable cost in the component, which it fixed during the first price declaration in April 2021.

The math and the logic are inconsistent. Yet, BERC is being obstinate about it.

On the matter of how the Operators are handling the crisis, Alam stated that over the last few months, having experienced sharp increases in almost every cost component of the value chain, the members of the LPG Association had applied to readjust the retail price formulation method by BERC, presenting every single micro detail of our costs, our books, processes, and all the supporting documents to substantiate the cost hikes.

When requests were made for adjusting the diesel price impact, BERC stated that it is not in BERC terms of reference. It would need public hearing while we kept urging for simply replacing the fixed value of TK 65 (in the price formula) by the current diesel price announced by the Government.

The BERC has also failed to address the major source of pain of late—the exchange rate. In the last couple of months, when the central bank kept its BC selling rate for US dollars at 96, no bank was charging less than Tk105-110 to import LPG.

BERC was notified that the BC selling rate was not a compelling number as the Bangladesh Bank did not compel any bank to sell dollars at Tk96.

Following the 16 May 2022 application for price revision, on 7 August, BERC was again notified to consider the costs based on Tk105 per dollar – the LPG industry's weighted average cost for a dollar.

In response, BERC said in September it would solve the problem scientifically and the operators had been waiting for a follow-up meeting on 7 September.

On the very morning the commission postponed the meeting citing "unavoidable circumstances" and shockingly it announced the new price considering dollar rate at Tk104 as advised by Bangladesh Bank. However, even with this adjustment, BERC failed to make the same adjustment in other areas requiring dollar exchange, such as the premium, freight charges and other charges, wherein the old exchange rate is still being applied.

BERC allowed the LPG storage and bottling cost up to Tk186 per 12Kg cylinder which is insufficient to meet all the expenses. 85% of the cost is LPG import cost and the remaining 15% needs to cover everything else.

Distributor margin per 12Kg cylinder is fixed at TK34 per cylinder and Tk38 for retailers. A distributor needs to sell at least 20,000 cylinder refills a month to meet all his cost at the allowed margin and of my 300 distributors at best 20-30% can sell that much in a crowded market.

The BERC took costs of a small non-growth and a few other companies' as reference and it is certainly not the fact that all the companies are operating at similar scale and cost structure.

Only a very few companies can survive the BERC's way of fixing prices as they have mostly written off their assets over years of operations, and they got rid of bank loans.

But firms like Beximco LPG which are still expanding but profusely bleeding, every single cost unaddressed by BERC is a major blow to operations. When asked if the company has considered stoppage of sales, Alam assured that Beximco LPG is not stopping sales because of the responsibility towards the customers.

Beximco LPG had a plan to sell 7 lakh new cylinders this year as part of its expansion but did not sell a single new cylinder this year because every new connection is an added loss for the company.

Alam lamented that if BERC continues its obstinance and nonchalance on this matter, it would be the end of the LPG story here.

BERC's capability would be questioned in that case.

BERC Act says that the commission would examine costs and give its verdict in 90 days after getting a price adjustment application from the industry.

The application of 16 May and subsequent notice on 7 August was not responded to within 90 days, and of course the increased costs were not accommodated in price.

In conclusion, the company expressed the sentiment that it would seem no one is here to answer-- Should we bleed forever to death?

We understand that your first concern is always the safety of your family. That is why the Beximco Smart Cylinder is not made of steel, as steel cylinders may burst in case of high pressure or fire, causing massive property damage or even injuries to your beloved family members.

In fact, Beximco Smart Cylinder™ is made of composite glass-fibers which can withstand a burst pressure twice as high as steel cylinders; and as they will not experience a BLEVE (Boiling Liquid Expanding Vapor Explosion), so the risk of explosion in case of fire is eliminated. Thus your family remains safe and sound.

We understand how much you love to treat your guests; and running out of gas suddenly can be a big inconvenience. With our Smart Cylinder™ you can easily see the gas level and know when it's time to call us for a refill; which means you will never run out of gas while treating your guests.

Cleanliness is important, and we know you hate those dark rings of dirt left by the bottom of rusting steel cylinders. Our Smart Cylinder™ is easily washable and completely rust-free, so your kitchen floor is always clean!

Our smart call center is always ready to serve you! Just call 09609016565 to discuss your LPG needs and we will take care of all your worries!

We know you care about the environment. We do too! Not only is LPG environmentally friendly but it is also better for our health than coal, wood and kerosene burners. On top of that, our Smart Cylinder™ can be recycled very easily ensuring that our environment is safe and clean.

We know you care about the environment. We do too! Not only is LPG environmentally friendly but it is also better for our health than coal, wood and kerosene burners. On top of that, our Smart Cylinder™ can be recycled very easily ensuring that our environment is safe and clean.

** Not including delivery charge